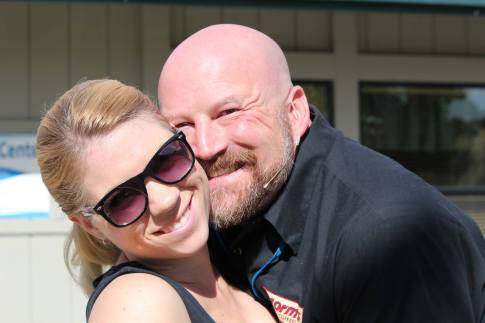 I love the tagline above: Wife. Warrior. This series is a story about a married couple and how together they are stronger than they are alone. 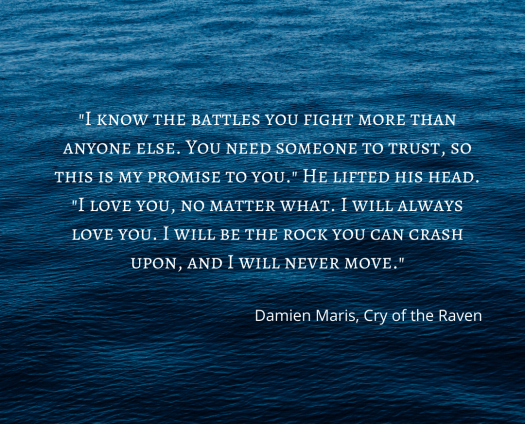 This is one of my favorite quotes from Cry of the Raven. A quick recap of the series, after choosing to spare Damien’s life, Selene is on the run for her own life. In order to save her and bring her into his kingdom, Damien offers her marriage. It is one of convenience (or more, salvation), but as the story progresses, both Damien and Selene learn what love is and how to love each other.

I always wanted to write a story with a marriage between the main characters. But I never thought that my own marriage would come into play in the books, or that some of the key scenes would reflect my own life. For an example, let me share with you the story behind the quote above.

I’m a pastor’s wife. Our journey and the various ministries God has taken us through have not been easy. Part of that journey has been multiple moves. At this point I’ve lived in eight different states and for the last ten years we’ve moved into a different house every year (sometimes due to moving to a new city, sometimes because our landlord decided to sell the house we were renting). We also have four kids, two dogs, and a cat, so continually uprooting has always been hard (not to mention packing, cleaning, moving, unpacking, finding a new grocery store, finding new doctors, and making new friends). But I’ve known this is the path God has laid out for my husband and our family, so I’ve always rolled up my sleeves and followed.

Until two years ago.

We had just bought a house (first one after losing our other house ten years ago), and I was so excited to settle down. I hung up pictures (I don’t know when’s the last time I did that), I planted flowers, and I started making long-term plans. After all, we just bought a house, we weren’t really going to move again, right?

Then while walking our dogs one day, my husband shared that it looked like we might be moving again.

I was in shock. For three days I couldn’t even think. Mind you, I had just finished unpacking and was in the current joy of feeling like we were finally going to stay in one place and raise our family.

Shock turned to anger, then grief, then denial. Every hurt I had ever experienced in ministry came bubbling to the surface, every fear, every tear I had ever cried. And I was tired. So tired. During those following days, the very thought of packing again, and now having to sell a house to boot, made me feel physically ill. I couldn’t do it. I couldn’t do it again. During those darker moments, I thought about just staying put and letting my husband move on without me. I was done. I couldn’t do it anymore. But I also knew that such thoughts would limit me. The more I prayed and thought about it, the more I knew God was moving us again.

Finally, after a day of sobbing, with everything inside of me spilling out, I apologized to my husband. I told him I couldn’t seem to stop all the hurt and fear from coming out. Instead of reprimanding me or just telling me it was okay, this is what he told me:

I’m a rock, and you can crash against me as much as you need to. I won’t move, I won’t leave you. I’ll be here for you because I love you.

I needed to hear that. Badly. I needed to know that no matter what, with all the crying and words coming out of me, they were not going to drive my husband away. I was hurricane, and instead of sending him running for cover, he stood and held me, and understood the storm would pass. He knew that at this moment I needed a rock that wouldn’t move, no matter what I said.

Slowly, as the weeks went by, and as I prayed on my knees every day, God prepared me for our next journey. I got up and I prepared to move our family again. I stayed back and sold our house. And I’m so glad that I didn’t give in to myself and stay behind because I love where we are at now. But I couldn’t have done it if my husband hadn’t told me those words. He was an example of God to me. He understood my pain and fear, and held steadfast to our love, giving me the space to work through what I was feeling.

In Cry of the Raven, Selene has her own crisis where she isn’t sure if she can keep on going. And it causes her to fight with Damien. But then he shares those same words with her, that he won’t leave her. Words that she needs to hear. And later on in the book, when he can’t keep on going, she is able to be his strength. Because that’s what marriage is about. Being there for each other. Helping each other. Being strong when the other is weak, and vice versa. That together you can face so much more than you could alone.

This is what I wanted to share through my story: a picture of marriage. I just never thought I’d quote my husband in my book 🙂 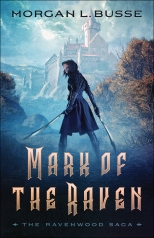 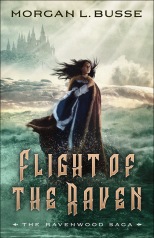 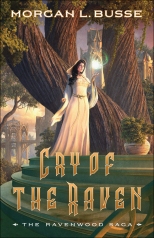 To find out more about The Ravenwood Saga or purchase the books, click here. 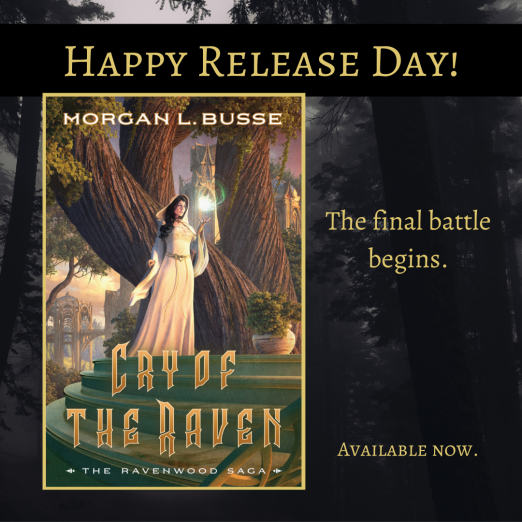 Can you believe it? The final installment of the Ravenwood Saga is finally here! It’s been a long time coming (I started writing this series back in 2016). And while I was writing this particular book, I was trying to sell our house, raise 4 teens without my husband and best friend (he was working in another state while I stayed back to sell our house), homeschooling, then moving to another state. Let’s just say it was stressful! Sometimes I don’t remember what I wrote. But God watched over me and my family, I finished the series and love how it turned out, and now I get to share the final story with all of you. Enjoy, my friends! 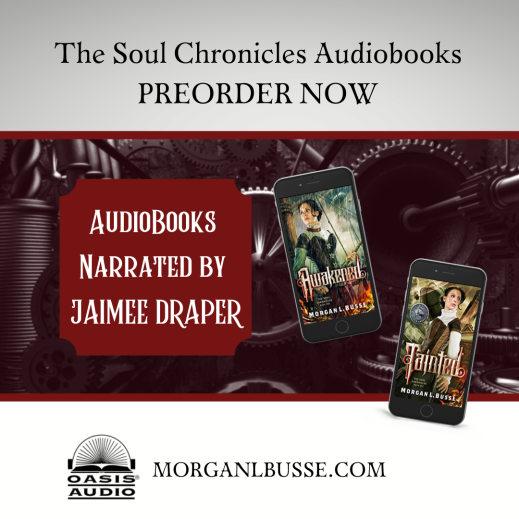 More news! Yes, you read that right! I’m so excited to share that my award-winning steampunk series will be available in audio format this May! Perfect timing for those summer road trips or long work commutes! And it’s available for pre-order now 🙂

So what am I up to now? I’m currently working on a new steampunk series tentatively called The Plague Wars and I’m halfway through the first book. I hope to have more news about it soon, but in the meantime, here is the blurb:

In a world covered in a deadly mist that forces humanity to live in the sky, Cass escapes the purges and survives by her wits until she stumbles onto the airship Daedalus and finds a job as a diver. As a diver, she explores the ruined cities within the mist, searching for treasure and family heirlooms for the rich. But everything changes when a young man hires her to find the very thing that will turn their world upside down: a way to eradicate the mist.

Theodore Winchester is a member of one of the five powerful families that rule the sky over the mist. Following in his father’s footsteps, he searches for the source of the deadly mist that turns people in the undead and hopes to stop the purges used to control over-population. But what he finds are secrets and ambition, and with each question comes horrifying answers. If he continues his search, not only will he encounter opposition, but perhaps even his own death.

But the mist is rising and if a remedy isn’t found soon, the entire world will be enveloped in its deadly embrace, turning all of humankind into monsters.

Until then, thank you, readers!

Here it is! The cover for Cry of the Raven, the final book in the Ravenwood Saga (coming February 2020). 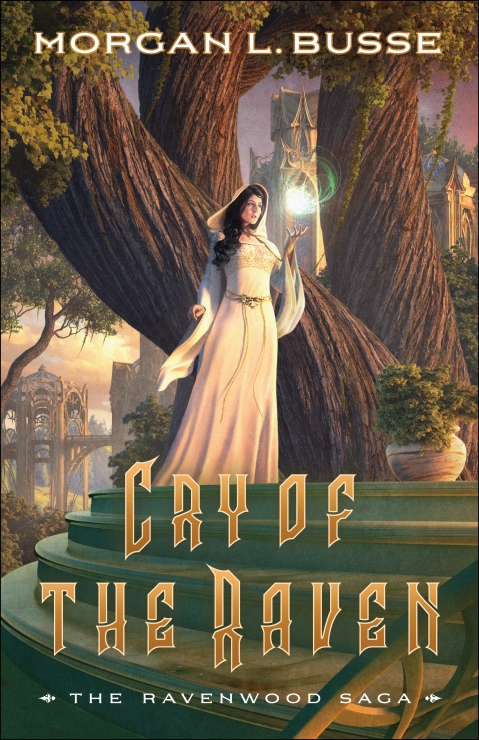 Cry of the Raven is now available for pre-order on Amazon: www.amazon.com/Raven-Ravenwood-Saga-Morgan-Busse

You can also add it to your Goodreads shelf: www.goodreads.com/book/show/45886444-cry-of-the-raven 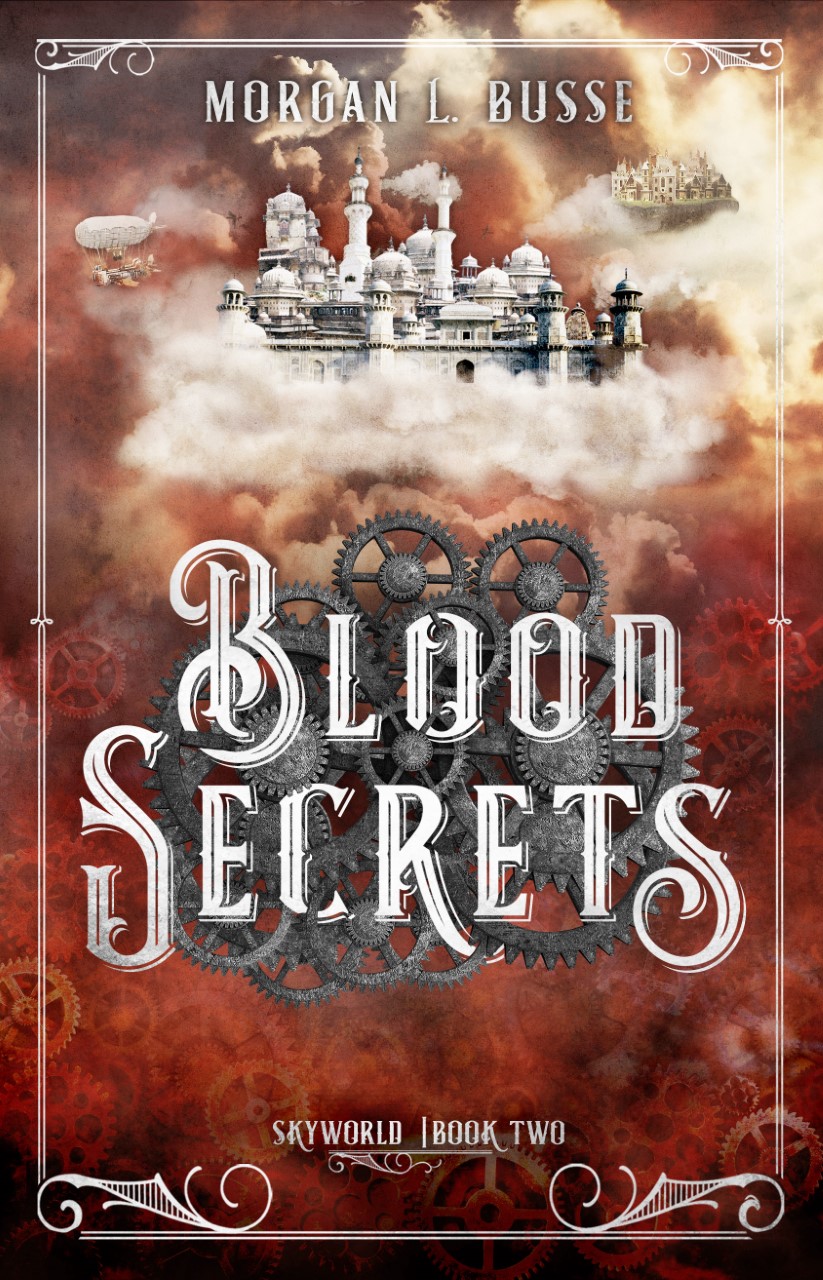 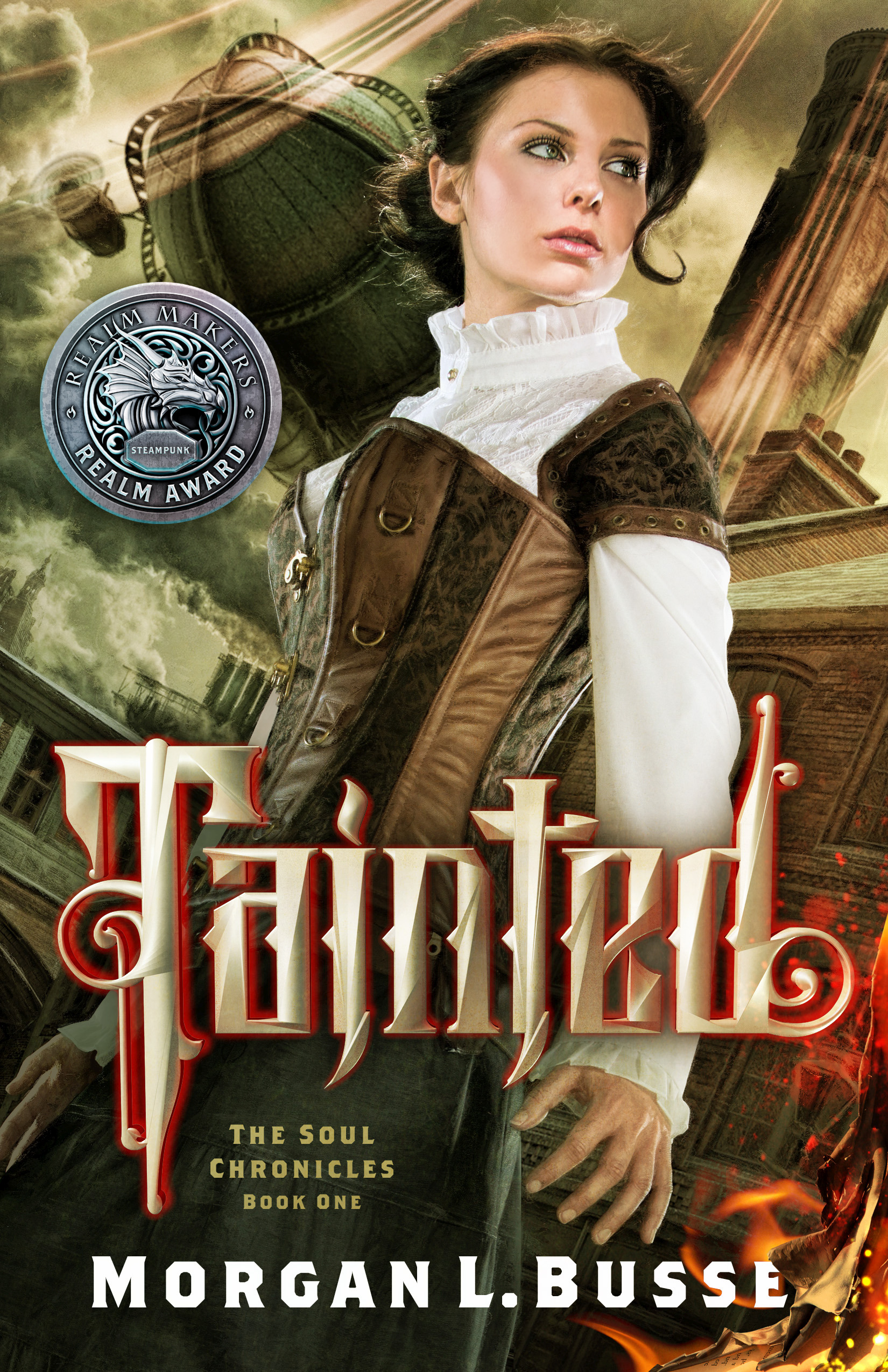 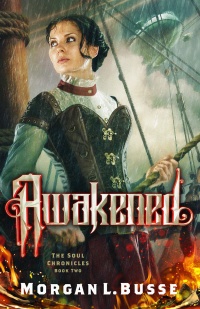 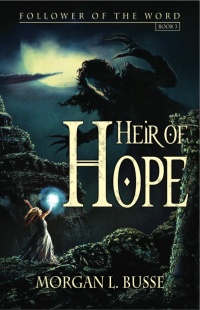