I’m so excited to share with you the cover for Secrets in the Mist, the first book my new steampunk series. And, without further ado, here it is!!! 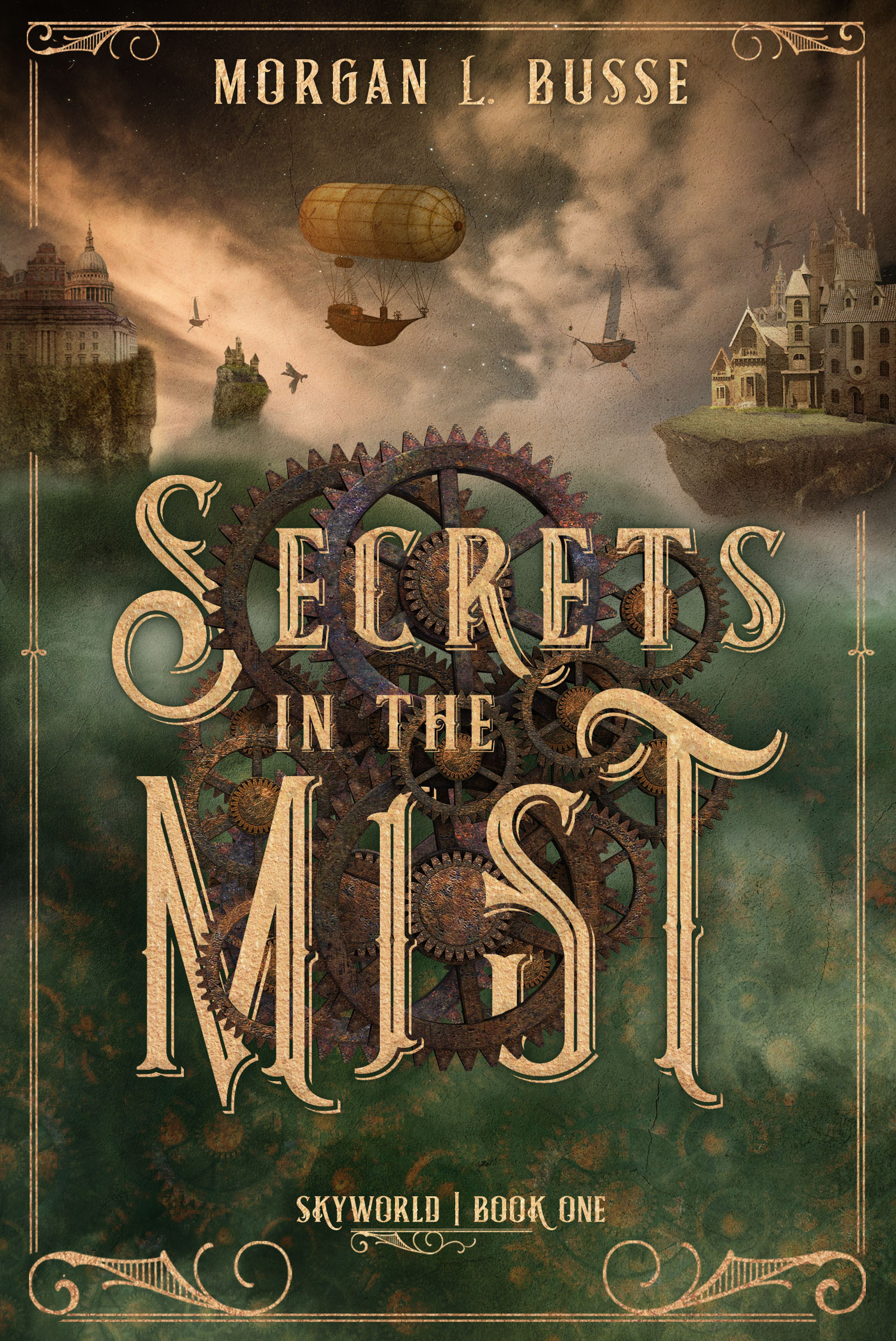 In a world where humanity lives in the sky to escape a deadly mist below, Cass’s only goal is survival. That is, until she finds a job on the airship Daedalus as a diver. Now she explores ruined cities, looking for treasure and people’s lost heirlooms until a young man hires her to find the impossible: a way to eradicate the Mist.

Theodore Winchester is a member of one of the Five Families that rule the skies. Following in his father’s footsteps, he searches for the source of the deadly Mist and hopes to stop the purges used to control overpopulation. But what he finds are horrifying secrets and lethal ambition. If he continues his quest, it could mean his own death.

The Mist is rising and soon the world will be enveloped in its deadly embrace, turning what’s left of humanity into the undead.

Isn’t it beautiful! It captures everything I wanted in this cover: the steampunk genre, a sense of adventure, and the world where this story takes place 🙂 Here are more facts about Secrets in the Mist:

—This will be my first Limited-Edition Hardcover. Yep! Notice Limited Edition. Which means if you want this lovely book in hardcover, order as soon as possible!

—Secrets in the Mist releases AUGUST 2021, just in time for that vacation or beach read this summer 🙂

—This is the first book in the SKYWORLD series. It’s a dualogy, which means you only have to wait for one more book to find out the ending 🙂

—This book will look amazing on your bookshelf. Seriously. Because it’s beautiful!

I’m excited to announce that I’ve officially signed with Enclave Publishing for my new series, Skyworld. The first book, Secrets in the Mist, comes out August 2021. Yeah, I know that’s a long time to wait, but I can guarantee it will be worth it! In the meantime, here is what it’s about:

In a world covered in a deadly mist that forces humanity to live in the sky, Cass escapes the purges and survives by her wits until she stumbles onto the airship Daedalus and finds a job as a diver. As a diver, she explores the ruined cities within the mist, searching for treasure and family heirlooms for the rich. But everything changes when a young man hires her to find the very thing that will turn their world upside down: a way to eradicate the mist.

Theodore Winchester is a member of one of the five powerful families that rule the sky over the mist. Following in his father’s footsteps, he searches for the source of the deadly mist that turns people in the undead and hopes to stop the purges used to control over-population. But what he finds are secrets and ambition, and with each question comes horrifying answers. If he continues his search, not only will he encounter opposition, but perhaps even his own death.

But the mist is rising and if a remedy isn’t found soon, the entire world will be enveloped in its deadly embrace, turning all of humankind into monsters.

Just to give you a little background into writing this story, I started taking down notes for Skyworld back in 2015, spent over 10 hours watching videos and reading blogs about hang gliding (and almost went to an airfield to try it out myself!) so I could write the gliding scenes, and have become an expert on 19th century medicine (well, not really, but it feels like it :)). And by getting into my characters and flight, I actually started overcoming my fear of flying (talk about the power of story!).

So there you have it, a new steampunk series coming your way in 2021!

And speaking of steampunk…

My other steampunk series, The Soul Chronicles, is now available in audiobook form and narrated by Jaimee Draper. I’ve been listening to these books during a couple long car rides over the last few weeks and let me just say Jaimee has nailed this story with her wonderful narration. Her voice fits Kat perfectly! So if you’ve been wanting to check out the steampunk genre or haven’t had a chance to read this series, consider picking up these audiobooks today 🙂

A couple months ago I shared that my publishing company, Marcher Lord Press,  was bought by Steve Laube (you can find my post about the sale here). That sale has brought about some changes within the company, many of them good in my opinion. I wanted to update you, my readers, on these changes.

This fall will see the first set of novels from Enclave Publishing. Instead of doing the usual pre-order, Enclave is doing a kickstarter. Take a moment and check out the books that will be available this fall and consider choosing one of the options for a discount on these select books. Enclave Publishing Kickstarter 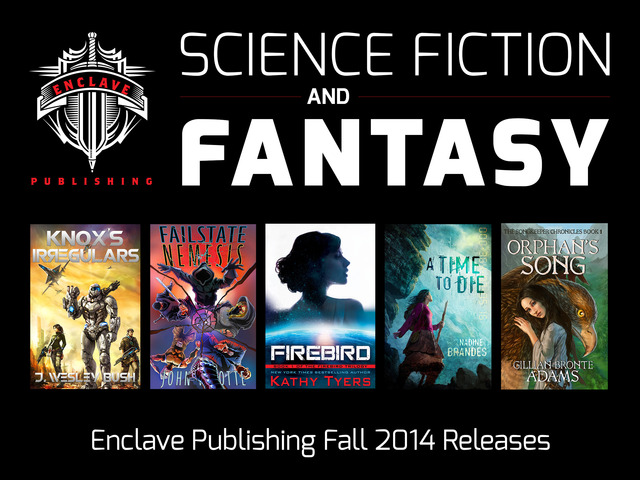 Finally, I know many of you have been asking when Heir of Hope, the third book in the Follower of the Word series, will be released. With the purchase of Marcher Lord Press came some changes within the company. One of those changes was my release date. I can now say it will be 2015. I am expecting my first set of edits back in a couple weeks and will begin the big revisions.

I will also have other book news coming in the next couple months. If you don’t want to miss out, consider signing up for my newsletter. I only send it out when I have book or author news and it’s a great way to make sure you know what’s happening and when a book is releasing. Click here to sign up.